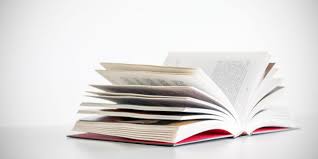 Ayaan in Class 14 entered the BBC 500 word challenge last month. He was very proud of his entry, and so he should be. Have a read of the story below:

There was once a planet named Zog. This a planet away from everywhere about the size of the moon. On this mythical planet, there once lived an alien named Jado, he lived in a small hut made with zoganiam, a type of rock. He had a bed made from zotton. This bed was quite thin and lying on the floor, covering 1/8 of the floor.

One day, Jado was digging for zoganiam when he hit something. CLANK! He tried to dig around and under it, so he could see what it was. As soon as Jado took it home, he cleaned it with a liquid that he found in a ditch.  He also wiped it with a square of zotton to dry it, so he could clearly see what this unusual object really was. The best way that the one-eyed alien could describe this object was golden plated and old.

The next 50 years or so passed and tech was introduced, Jado took this as an advantage to find out what this even older piece was and because aliens live forever he had as much time as he wanted. On a new piece of tech Jado searched up what this was. According to a website this was a gold Izuity calendar that was used to tell when something bad was going happen. It would shine yellow in the holes where it had been drawn and written on the night before the catastrophe.

The next day of his adventure came by and this day he found out that he was nonetheless an alien god and he would protect the land of Zog. He would also be able to fight off their arch enemies the Zags. On this day he claimed a career, a chef. By doing this Jado could make a bit of Zosh, which is their type of money. The reason of this was, so that he could upgrade his hut and his belongings. While having fun shopping, Jado thought he might as well have a pet that he can take care of and so Jado himself wouldn’t be lonely. As Jado was looking for pets he noticed that there was a baby dragon that he could take as a pet, there was also a salamander and a legtion which is a hamster type animal. Out of all the pets he saw he chose the baby dragon because it looked very sad and lonely by himself in a small cage. The dragon hadn’t flied before because there was no play time in this horrible pet store, all they did was eat.

Over the next months, Jado got to learn more about this dragon that he called Chub, all in all Chub was a great pet and learnt to fly, he played outside and protected Jado at night giving him some company. Everyday got more and more interesting until one day Jado had to fight the Zags, luckily, they won the war and lived happily for the rest of their life.