Last half term, the children in year 6 took part in a project to help the fight against plastic pollution in our oceans. The children researched the issue and debated it, they wrote letters to organisations around the world and they created their own documentary style movies to spread awareness.

Excitingly, on the last day of the half term, we received a letter back from Greenpeace! The children couldn’t believe their letters had been read by such a big organisation and even better, they responded!

Heres our reply from Greenpeace and head to SeeSaw to watch our documentaries. 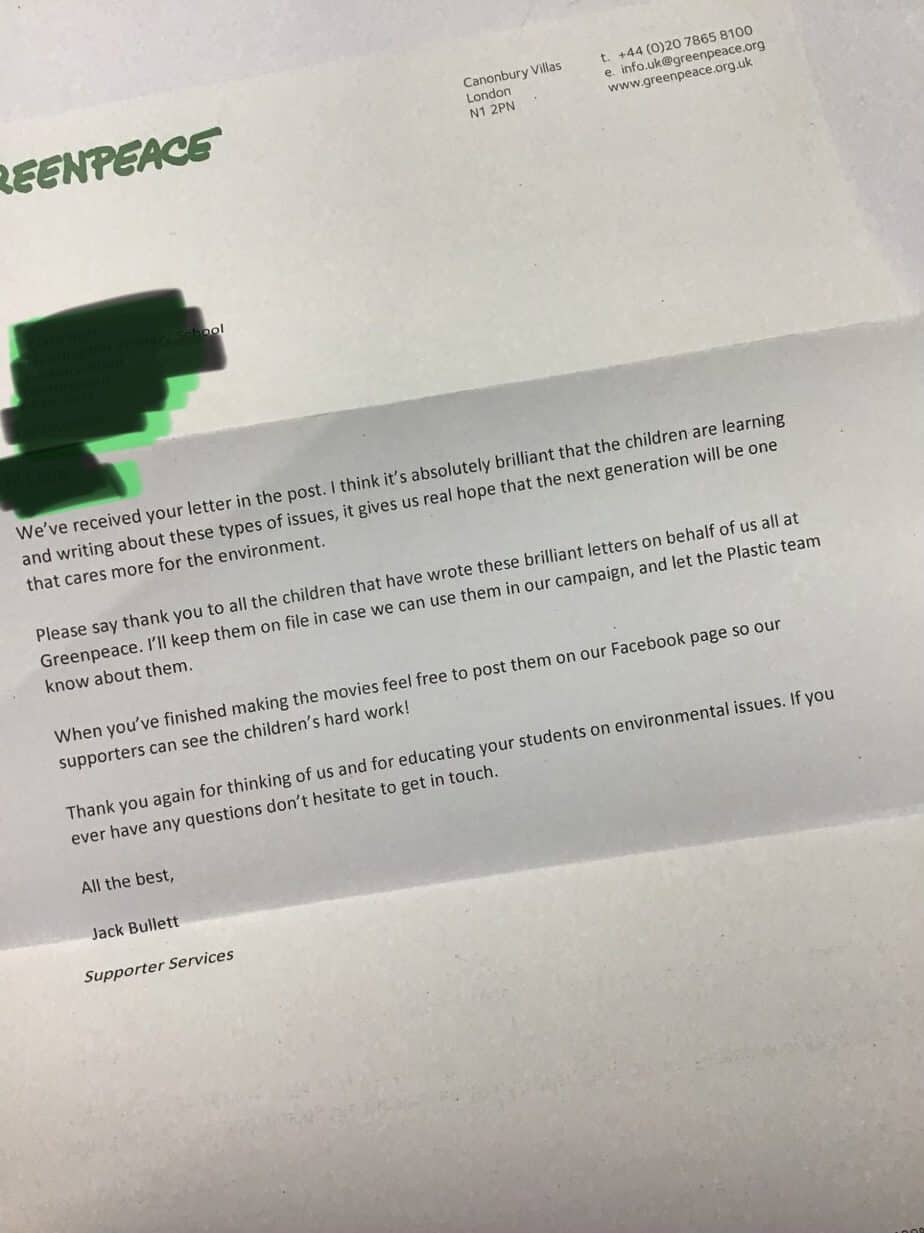